Foot and Mouth Disease: Now is not the time to panic 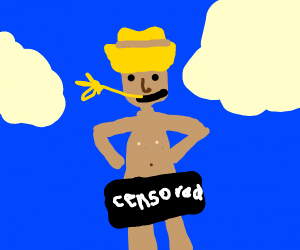 The thought of stepping out in public COMPLETELY NAKED is a terrifying one (for most of us at least).

So when the suggestion #BinYourClothes (at the airport) was put forward by a colleague as a way of preventing Foot and Mouth Disease entering Australia from Bali, I deemed this a step too far.

He was joking of course, but this type of overreaction is not uncommon at the moment, and understandably so, given the $80 billion impact an outbreak could have on our industry.

However, I want to reassure everyone that while AgForce takes the threat of FMD very seriously, now is not the time to panic.

The country has rigorous biosecurity measures in place so that we don’t have to resort to extreme measures to keep this virus from our shores.

We simply need to stay vigilant. Early detection is essential to reduce the potential impact of this disease, and the overriding message for producers is to stay alert, not alarmed.

Remember, we have successfully kept FMD out of the country for more than 100 years, and if we stick to the tried and tested plans, we will continue to fend it off.

Rest assured that Australian livestock industries have now elevated the country’s biosecurity system through stricter protocols at our borders, including sniffer dogs to detect illegal products that may carry the virus, and increased passenger screening on flights.

The measures that have been implemented strategically target existing risk pathways, and the controversial decision not to install airport footbaths comes from a comprehensive risk analysis by biosecurity experts, who have concluded that a footbath at the airport does not address soil on shoes packed in luggage.

AgForce is also working closely with the Federal Government on the Australian Veterinary Emergency Plan, which contains the nationally agreed approach for the response to emergency animal disease incidents in Australia.

Of course, the National Farmers’ Federation has also launched a new campaign, encouraging Bali holidaymakers to #ThrowYourThongs in exchange for discounted pluggers upon their return.

It’s certainly more doable than the #BinYourClothes idea, especially in this chilly weather.