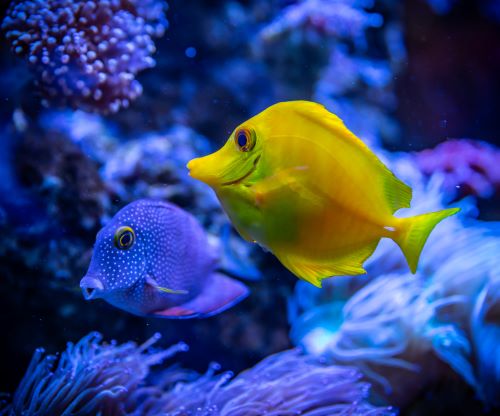 It’s a great thing if your world view and the facts align. But that’s seldom the case.

And the seemingly weekly repositioning of science makes this even more difficult for some to reconcile.

In my view you have two choices: Make changes to whatever you’re doing, like agriculture has; or LIE.

In the case of two letters to the editor published on 11 November in Queensland Country Life, ‘Take a sip of the facts’ and ‘Reef regulations won’t go away’, the writers chose the second approach.

I’m not surprised – not really. It must be difficult feeling the ground shift beneath your feet, having to constantly embrace outdated “facts” to support your views.

Mr Crawford (Take a sip of the facts) need only jump onto AgForce’s website and type ‘Reef’ into the search box to find more than 50 articles filled with scientific supporting information – not the outdated type he and Ms Webster from the Australian Marine Conservation Society (AMCS) hold so dear.

As Chair of AgForce’s Reef Taskforce I can attest that we are always striving for constant innovation and improvement in practices on farm to ensure the environment – including the Reef – isn’t put at risk. And we always support producers and their families in their efforts to do so.

No one expects Reef regulations to go away, and rhetoric, especially the stale kind slathered in liberal quantities in these two letters, is cheap indeed.

What we do want, however (I don’t know any producer who doesn’t), is recognition of the truth – the 2021 truth. We didn’t create it, nor did agriculture.

As recently as the beginning of this month yet more evidence surfaced that land-based runoff isn’t damaging the Reef – this from a citizen-science project: ‘Great Reef Census’.

Speaking on ABC Far North radio Dr Abbi Scott, a researcher in the TropWATER Seagrass Ecology Lab at James Cook University, who is also part of the Great Reef Census, says she and a group of 15 scuba divers have explored 46 Reefs from Ruby Reef to Lizard Island in the mid-shelf Great Barrier Reefs.

During the interview, Dr Scott reveals that deep-water seagrass meadows were found at a depth of 48 metres and that the water was clear – which is what has allowed these photosynthetic plants to survive at such depths.

Yet the Ms Websters and Mr Crawfords of the world want to vent their erroneous claims at my article – Reef water quality so good you can make beer from it – because they don’t align with their world view.

This has little to do with truth and with science. If it did, Ms Webster wouldn’t still be clinging so desperately to the 2017 Scientific Consensus Statement – which has since been usurped by numerous new discoveries and which itself is under review in 2022.

It’s high time people stopped cherry picking outdated science. Instead, consider sitting back with a bottle of the tasty brew made from uncontaminated Reef water and drink in this column.