Forget a meat tax - it's time for a gaming tax! 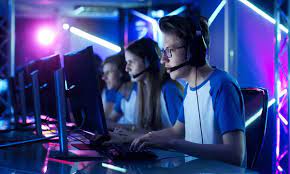 In the spirit of taking a thriving industry and slapping it with climate change penalties, who’s up for a gaming tax?

A world of 3.24 billion gamers might be good for the economy, but what about the environmental impacts?

From the games themselves to the way they’re manufactured, shipped, and sold, they all contribute to a large carbon footprint.

Looking at the stats, most games are played online and require a lot of data usage, equating to “internet pollution”, which accounts for almost 3.7 per cent of all global greenhouse gas emissions.

It sounds to me as though the video game industry is becoming a sustainability nightmare.

And what’s being done about it?

Nothing. Because for some reason, society would rather talk about imposing a meat tax.

The topic first hit the headlines towards the end of last year, following the release of key reports on climate change.

Now the world is on track to consume more meat in 2022 than ever before, and with meat production increasingly under the spotlight over environmental impact and biodiversity loss, the use of taxation is a popular argument.

Sadly, when it comes to saving the planet, it’s always easier for the anti-agriculture brigade to point the finger at us rather than at their gaming friends.

They think that if meat imposes a cost on people and the planet, then it should be taxed.

But every form of consumption – including vegetable farming (and gaming) – has an environmental impact.

Moderate meat consumption is still regarded as an important part of a healthy diet, and, as AgForce’s sustainable farming AgCarE program demonstrates, the environmental impact of meat production varies considerably according to farming practices, making a flat meat tax ineffective at accounting for the true costs and benefits of meat.

And don’t forget, figures show the Australian beef industry has more than halved its CO2 emissions since 2005, recording a reduction of 58.21 per cent in 2019.

I doubt the gaming industry can say the same.