The Reef: A coral bleaching tragedy 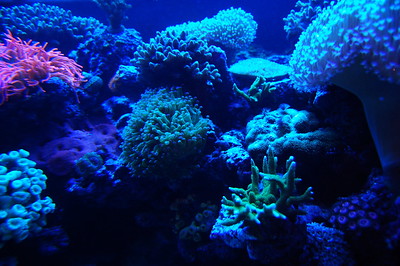 It’s a simple question: Has our beloved, World Heritage Listed Great Barrier Reef ever been damaged by bleaching?

And while the answer is equally straightforward: Yes, it has. That doesn’t mean the Reef is doomed, is dying, and that all of the species that live there will likewise soon meet their own demise.

Coral bleaching is a natural part of the Reef’s life cycle; the Reef has endured, and recovered, since long before colonisation and scientific research began.

The main causes of ‘mass coral bleaching’ – like the three events that took place between 2014 and 2020 – are typically largescale, widespread disturbances that include severe tropical cyclones or a period of El Niño, which causes ocean temperatures to rise beyond the norm.

However, despite another marine heatwave earlier in 2022 that brought the tally of mass coral bleaching events to four in the past five years, all the currently available data points to a Reef in recovery, not decline.

That’s the verdict – nay, the science – from the Australian Institute of Marine Science (AIMS), which reported in 2021 that the Reef is more alive than ever, with coral cover at record highs.

To further support this, a new film, ‘A Coral Bleaching Tragedy’, which screened last weekend in Brisbane, lays bare the ironies, misinformation, and naked ambition that unite around our iconic Queensland wonder.

Repeated diving trips and underwater photography by the filmmakers to key Reefs shows what the science from AIMS and their long-term manta-tow surveys suggests: that water quality is improving, that because of improved agricultural practices pesticides are not causing harm to the Reef and, most encouragingly, that coral we were told would take 12 years to recover from “severe bleaching” is already a healthy beige colour again.

But I for one sleep easy knowing that on my property, and on my neighbours’ properties, and on the hundreds of farms throughout this State we are part of the solution – not the problem.

Now all we need is for everyone else to get on board too.