Mythbusters setting the record straight on agriculture and the Reef 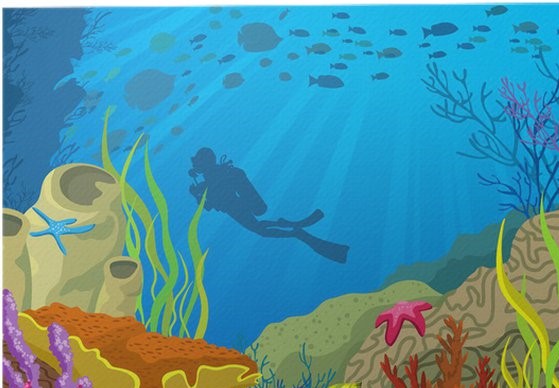 There’s a fair bit of irony in what I’m about to say given this is an opinion column, I’ll acknowledge that – but: Since the advent of social media, and the internet in general, opinions have come to rule the airwaves over facts.

What’s more, if the same opinions get trotted out often enough – week after week, year after year – it gets so the facts themselves begin to lose any real sense of truthfulness.

“I found it on the internet,” people tell me. “It says farming practices are killing our Great Barrier Reef!”

“Pesticides” this, “Sediment from agricultural activities” that.

I get it, I do, I understand: Listen to a song you can’t stand often enough and in no time you’ll be humming it.

But there has to be some room left in this world for experts – for the people who are specialists in their particular field and devote themselves to it.

People who, in this case, work for organisations like the Australian Institute of Marine Science, TropWater, and the Great Barrier Reef Marine Park Authority.

Highly respected, scientific organisations that – through exercising scientific rigor – have come to understand that, rather than agriculture, it is increasing ocean temperatures, bleaching, and severe tropical cyclones that pose the main threats to our beloved Reef.

AgForce’s push to reset Reef regulations – to have Government establish an independently run Office of Science Quality Assurance to guarantee the science underpinning future policies is valid – is a result of knowing our farmers are baring the brunt of legislation imposed on them for actions and outcomes that aren’t of their making – because the science, not the rhetoric, the science, proves it.

So, this is us doing our bit to try and restore some truth over the barrage of noisy, unproven opinions.

Ironically via a weekly campaign using the very platform that encouraged such opinions in the first place.