Bandits ready to cash in on livestock theft 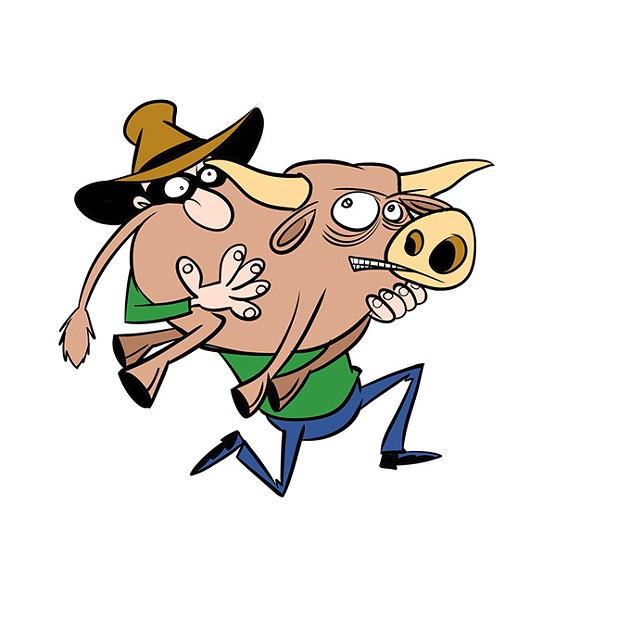 It’s more than 150 years since bushman Henry 'Harry' Readford (who was in part the inspiration for the 'Captain Starlight' character in the novel Robbery Under Arms) pulled off what was then one of the biggest cattle thefts in the world – driving 1,000 head of stolen cattle from Bowen Downs Station in western Queensland to South Australia for profit.

‘Harry’ has since become a notorious hero of sorts, with his campsite at Nogo Station outside Longreach still popular with tourists to the region.

It’s Henry Readford’s other legacy, however, we could do without – that of illegal livestock movements.

But with our State’s wide-open spaces and current high prices per head across a range of animals, the incentives and environment for this continuing unlawful trade are, unfortunately, tempting.

Recent reports of a rise in goat theft have coincided with revelations that stolen goats have been sold to some kangaroo chiller box facilities, prompting AgForce to announce its support for tighter regulations on wild game harvesting made by Safe Food Production Queensland – placing greater accountability on wild animal harvesters and processors.

Less than 12 months ago two men were convicted of stealing 944 head of cattle from remote north-west Queensland in crimes that took place over more than two years – a timely reminder that this most frequent form of livestock theft hasn’t shown any sign of stopping.

The cattle in this instance were not recovered and the impact on the producers both in terms of the dollar value and the emotional toll will be significant and long lasting.

It’s why AgForce is imploring producers to exercise vigilance of all their livestock and to immediately report suspicious activity to police to investigate.

A night cruising remote parts of Queensland with a truck and a loading ramp can bring callous bandits as much as $20,000 – a hefty payout.

And you can guarantee that if as a producer you don’t take the necessary steps to secure your hard grown and hard earned – they will.