Meat and Livestock Australia (MLA) is pleased to share with you their new Producer-led Sustainability Videos.

These videos are designed to capture the innovation, tools and practice change our livestock producers are applying to their businesses to improve their profitability and sustainability, to enable them to capitalise of emerging market opportunities. These videos reflect the intimate knowledge and know-how of our producers, the challenges they face as custodians of the land and their commitment to the future resilience of their businesses and their industry.

These videos will focus on the sustainability priorities of good animal husbandry, health and welfare; natural capital, biodiversity, drought and risk resilience; and carbon sequestration and emissions reduction. They will highlight producers across the Australian northern, southern and grain fed beef cattle and eastern and western sheep meat production systems.

MLA's Producer Sustainability Case Study videos are designed to support other producers wanting to make progress around sustainability and to highlight to our customers and consumers, the commitment  of our producers to animal welfare and environmental sustainability

For Australian beef processor and branded beef business, Greenham, strong partnerships with producers are essential to meeting the animal welfare commitments set under their NEVER EVER (NE) Beef program, and to meeting the requirements of high-value customers, including those seeking to display a Certified Humane logo in the United States market.

More than 4,000 producers from across Tasmania, Victoria, South Australia, and NSW are now accredited under the NEVER EVER Beef program, including Shane and Claire Harris and family, who own and operate ‘Harris Farms’, an Angus breeding and trade cattle and prime lamb operation, running 2,000 head of cattle, at Dumbalk North, south-east of Leongatha in Victoria’s South Gippsland. Developed in response to growing market demand for traceable, premium grassfed beef, the NE program includes a set of animal welfare requirements, including limiting the use of antibiotics, mandatory pain relief during animal husbandry procedures, adherence to specific age limits for marking practices, stringent record keeping, and participation in third party audits. Greenham is actively working to support industry’s commitment to be carbon neutral by 2030 and is introducing an on-farm sustainability standard, which is aligned to the industry’s Australian Beef Sustainability Framework.

As Greenham’s Livestock Supply Chain Manager, Jessica Loughland explains that standing by your animal welfare and environmental stewardship claims demands a proactive and co-ordinated commitment across the value-chain. 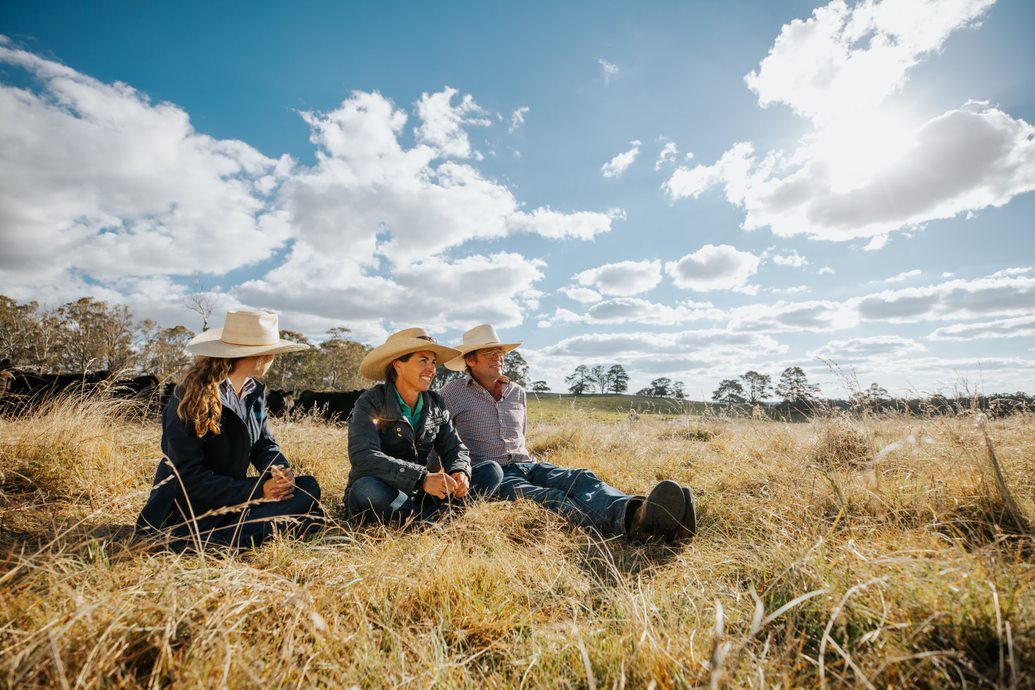 For fifth generation beef cattle breeders, Erica and Stuart Halliday, it was the devastating drought and the depletion of their property’s topsoil that was the catalyst to switch their grazing management regime.

With the support of their agronomist, the Hallidays have switched to no-till, multispecies plantings and rotational grazing. The results have been dramatic and include a significant improvement in the nutrient, organic matter and microbe load in their topsoils, a dramatic reduction in input costs and significant improvements in weight gain and reduction in metabolic and husbandry issues in their cattle. 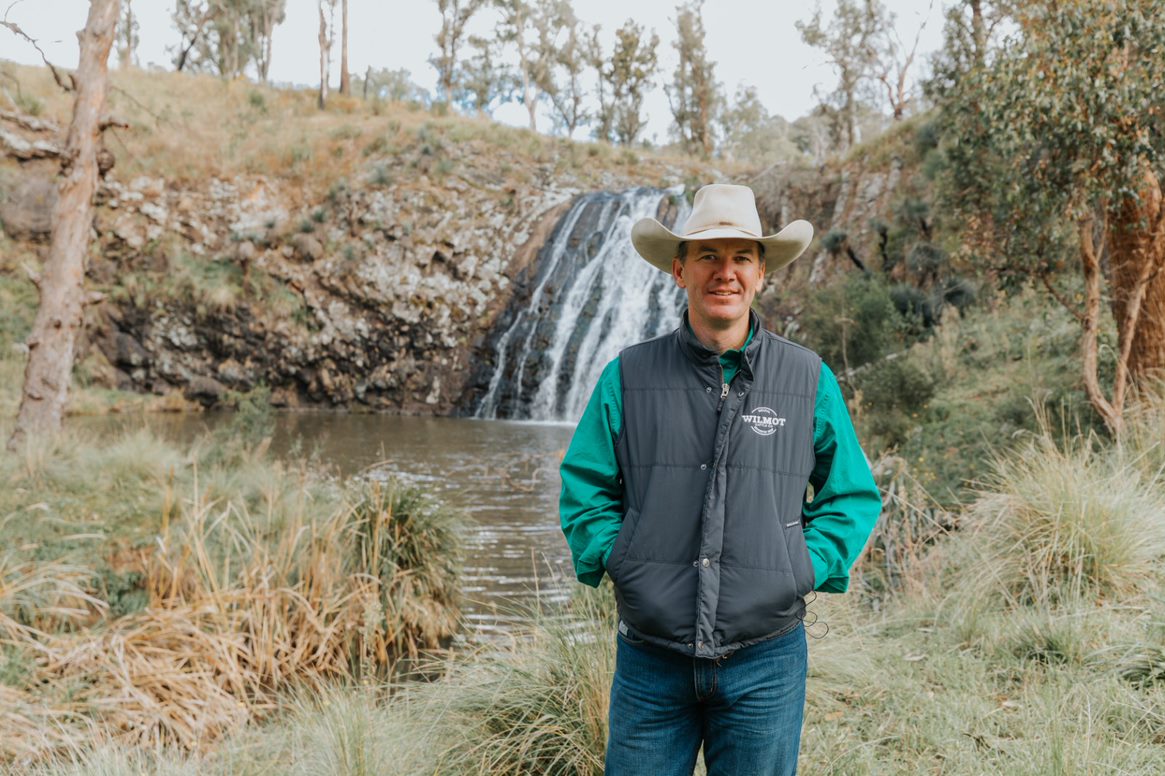 For Wilmot Cattle Co, it was a shift in grazing management philosophy that was instrumental to turning the beef production business around to becoming more productive and financially resilient and as a result, has radically improved the ecological health of their soil.

As Manager, Stuart Austin explains Wilmot Cattle Co is first and foremost a beef production business with animal performance their driving metric, but by shifting their thinking on grazing management to work in harmony with nature, the business has reduced its stocking rate but increased turn-over and overall profits and grown to become more ecologically and financially resilient. 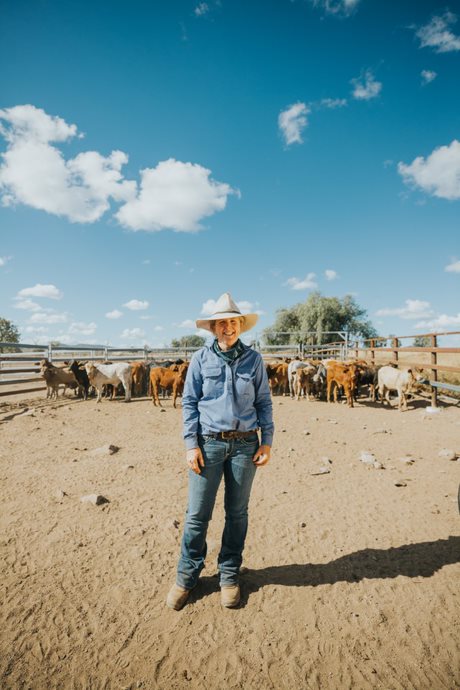 By investing in key programs and tools such as BREEDPLAN, leucaena forage crops, best animal welfare practices and pain relief, ground cover satellite mapping and renewable energy, the Leather’s are pushing their herd’s productivity to the limits whilst improving their environmental footprint and preparing their business to become more drought and climate resilient.

First generation Central Queensland cattle producers, Adam and Jacynta Coffey bought into the industry five years ago, purchasing a 2500 ha failed hardwood timber plantation in relatively marginal country, outside Miriam Vale in Central Queensland, and set about transforming it into a grazing property amidst three tough years of extreme drought.

What the Coffey’s have demonstrated is that productivity goes hand in hand with ecological outcomes, that boosting organic matter and soil carbon is key to ecological health and that synchronising stocking rates with pasture density. 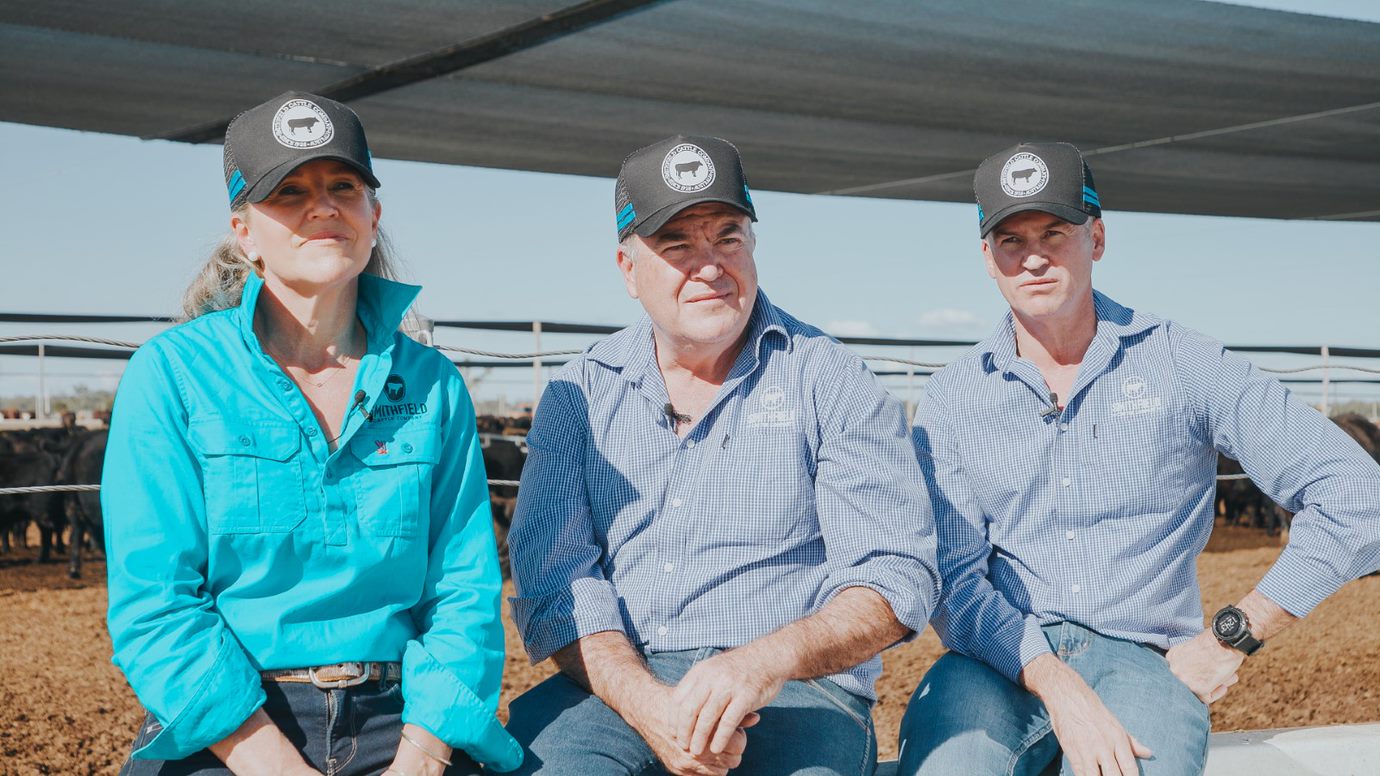 For Smithfield Cattle Co’s partners, Barb Madden and Jason and Andrew Shearer-Smith partnship has grown and evolved over four generations and close to 100 years and is now focused on grain feeding cattle, operating two feedlots, collectively custom grain feeding cattle from 100 up to 500 days and at a total capacity of 40,000 head.

As Andrew, Jason and Barb explain optimising cattle performance has required a commitment to operational excellence in the quality, nutrition and conversion efficiency of their feed rations; best practice animal husbandry and welfare which is infused in the culture of the business and the responsibilities of all staff; and major investments into state-of-the-art technology and renewable solar energy. 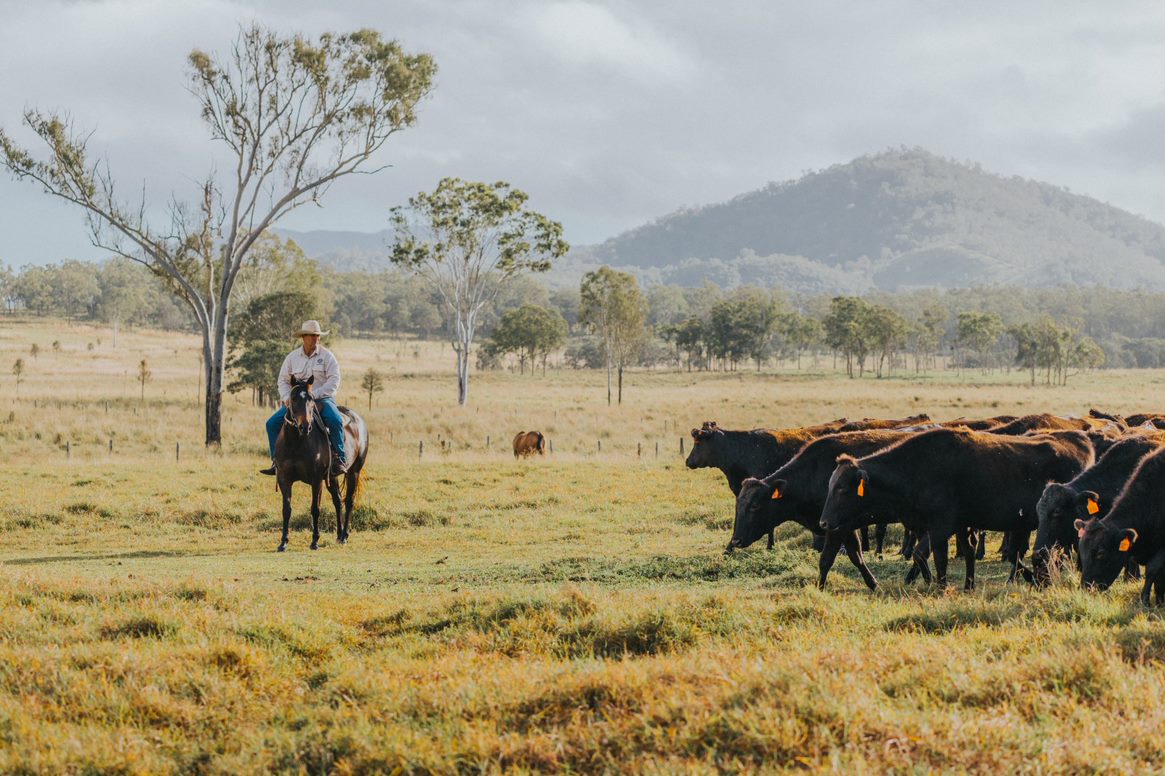 The Hamblin's have been long-term users of BREEDPLAN but have moved into genomic testing and Single Nucleotide Polymorphism (SNPs). SNPs provide Darren with the DNA markers that when linked with sufficient historical performance data increases the accuracy of his selection decisions. The production and carcase data he has collected over many years has been valuable in tracking historical trends and progress but when combined with SNPs become extremely powerful predictors of future selection outcomes. 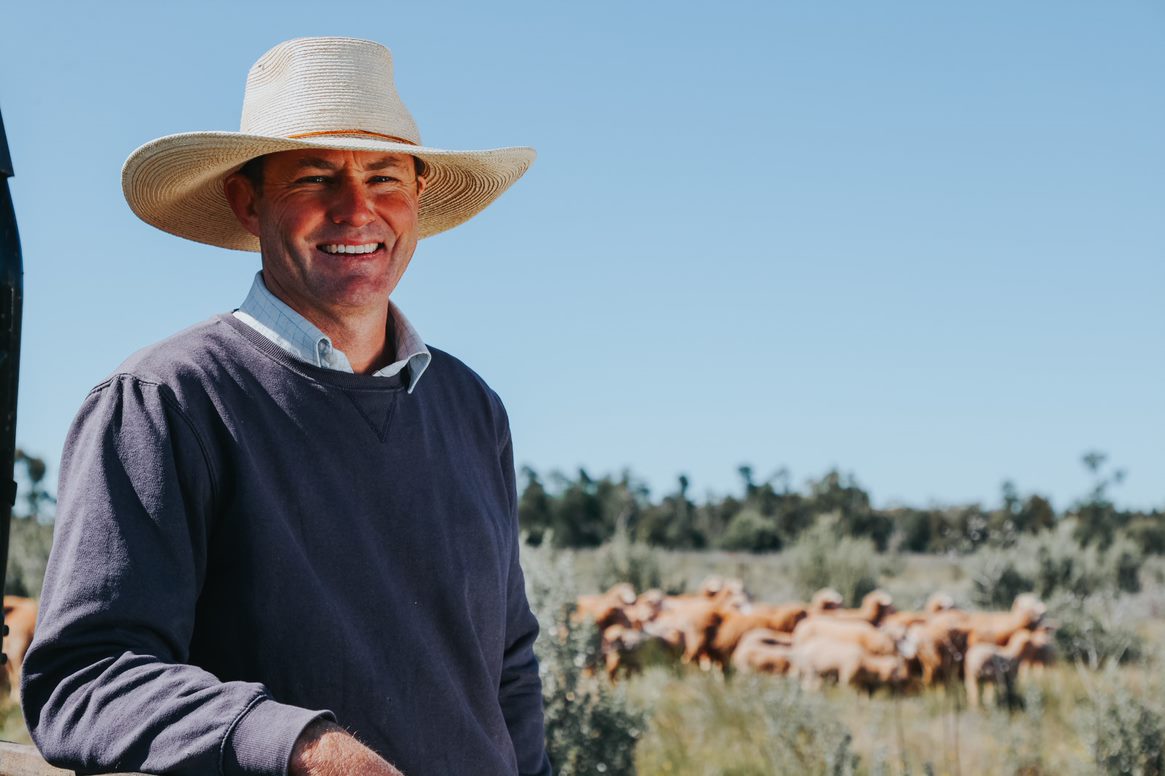 As David explains a deliberate decision to introduce more robust, plainer bodied merinos through the use of Estimated Breeding Values; coupled with learnings acquired through AWI’s Lifetime Ewe Management program, which taught him the importance of matching animal nutrition and condition scores with reproductive cycle; have been pivotal to addressing lamb survival with lambing percentages now double what they were eight years ago. As one of Australia’s largest meat-processors and exporters, Teys Australia recognised that to support the Australian red meat and livestock’s industry’s ambition to be Carbon Neutral by 2030, their major emissions reductions would be achieved through a bold commitment to renewable energy. Their investment in a solar farm at the Condamine Feedlot has already offset fifty percent of their grid electricity needs and Scope Two emissions, and Teys plans to extend solar across its portfolio.

Celebrating 75 years of operation this year, Teys Australia, is a global meat processing and food production business bringing the best of Aussie beef to the world. Teys now operates six beef processing facilities, three feedlots and three value add facilities, employing 4,700 people and supporting more than 13,000 jobs in regional and rural communities. To champion Aussie beef both at home and abroad, Teys partners with 7,000 producers and exports to over 60 countries around the world.

Western Victorian Merino wool, prime lamb and beef cattle producer, Mark Wootton’s belief that markets will reward livestock producers for their commitments to and practice change around animal wellbeing and carbon neutral farming, is starting to be realised.

Mark Wootton and Eve Kantor and their family own and operate Jigsaw Farms, a 3,500 hectare high input, high output livestock operation spanning 6 properties, north of Hamilton in western Victoria. The operation runs 25,000 Merino ewes, 620 head of cattle and the family have planted out 624 hectares to high value hardwood timber plantation. 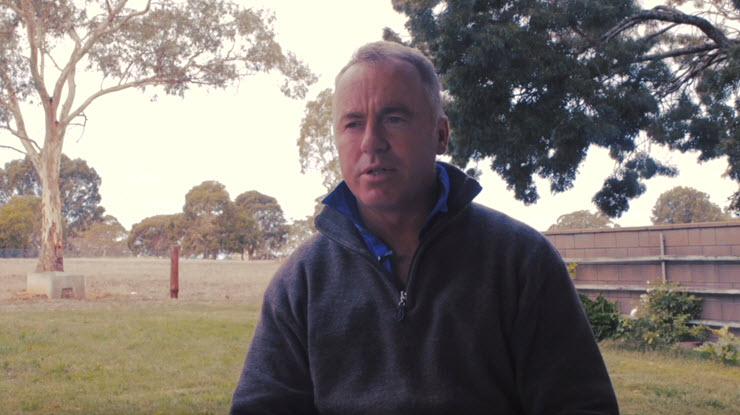 At Paradoo Prime, lamb survival and lamb performance are the key profit drivers that inform all management decisions and business operations and as Tim explains they are quick to utilise every tool available to improve survival rates and deliver healthier and more robust lambs and higher overall productivity and profitability. 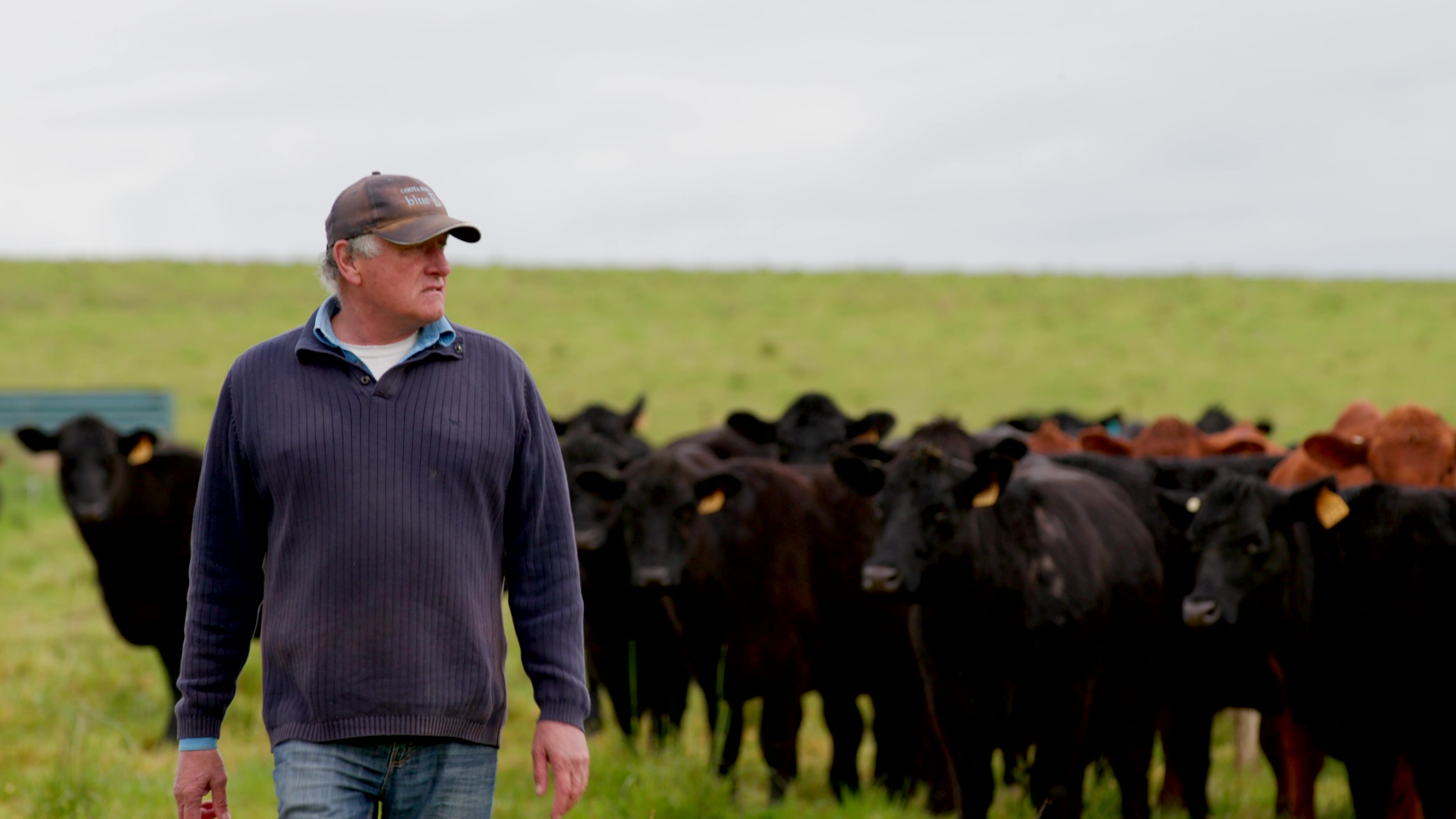 NSW Central Tableland’s beef cattle breeder and commercial producer, Jon Wright believes the beef cattle industry has a vital role to play in reducing its GHG emissions and improving carbon storage and being part of the climate solution.

Jon and his family operate a seed stock and commercial beef cattle operation, Blue-E Beef, outside Cowra on NSW Central Tablelands, compromising of 500+ cow composite herd - 50% Angus & 50% Shorthorn. Prior to moving back to the farm full-time Jon worked for many years as a beef husbandry and feed efficiency researcher at Trangie Research Station, so his research experience is deeply embedded in his focus on genetic selection for feed efficiency.

The key tools that Jon is working with to reduce his impacts include focusing on feed efficiency in his genetic selection; grazing management to improve ground cover and support carbon sequestration; and utilizing feed additives to help reduce emissions. 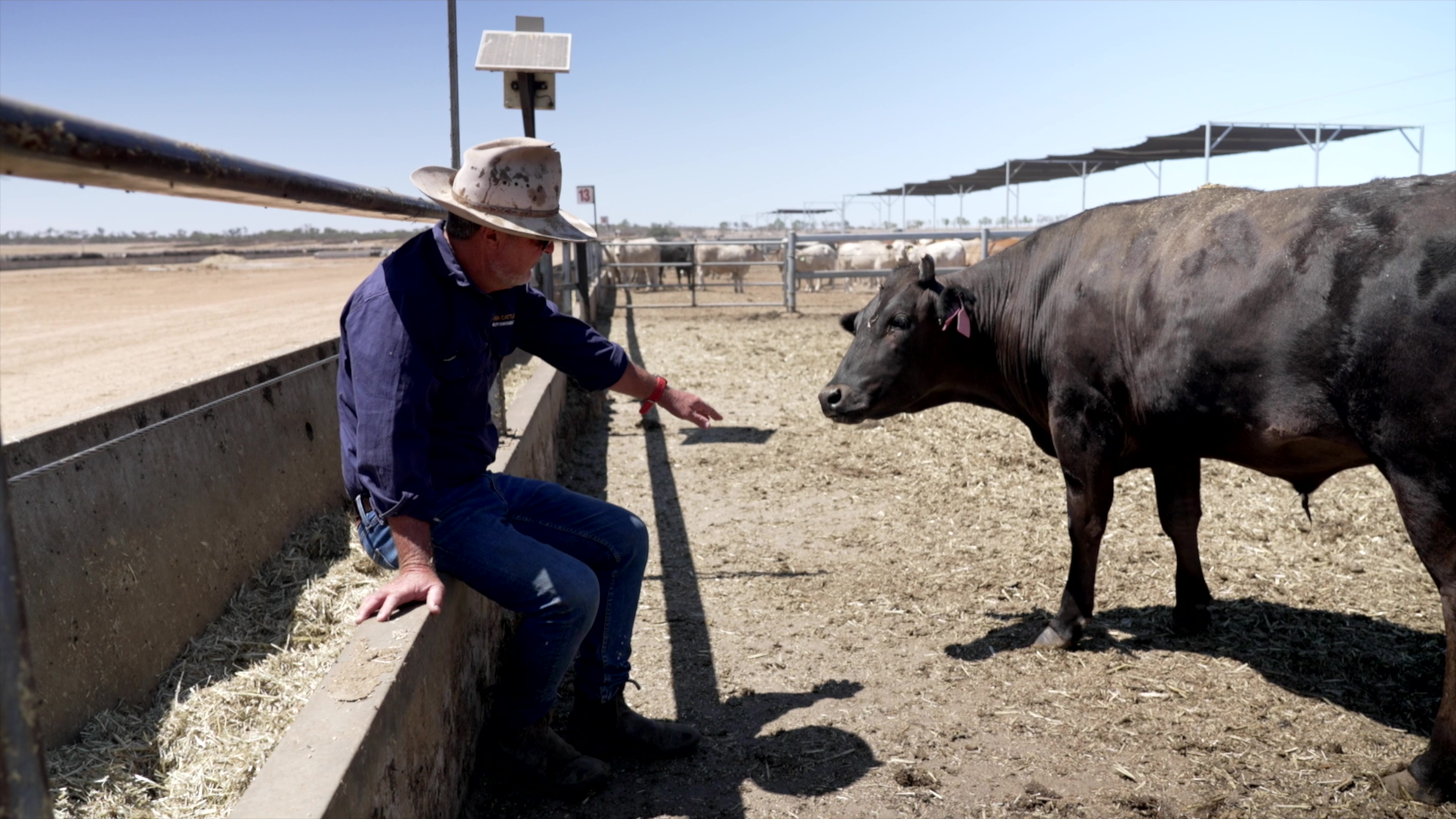