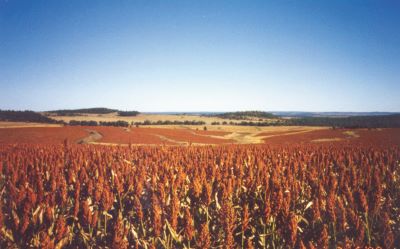 Queensland scientists have made a world first genetic discovery that will lead to stronger sorghum crops.

Until now our knowledge of the sorghum genome has lagged behind that of other major crops, but this latest breakthrough unlocks the genomic treasures to breed improved varieties of the ancient cereal grain.

Armed with the pan-genome data, researchers can now tap into variation at specific genes to breed improved sorghum varieties.

Sorghum is a staple crop used mostly in the intensive livestock sector and worth more than $250 million this year.

The new data is already being used in breeding efforts to improve the yield and resilience of crop varieties in Australia in the face of mounting challenges to production, including climate change and increased water scarcity.

Minister for Agricultural Industry Development and Fisheries and Minister for Rural Communities Mark Furner congratulated the scientists from the Department of Agriculture and Fisheries, Queensland Alliance for Agriculture and Food Innovation at the University of Queensland, and the Chinese Academy of Sciences and BGI Genomics, who jointly announced their discovery in the prestigious journal Nature Plants.

AgForce applauds this exciting development for our industry.