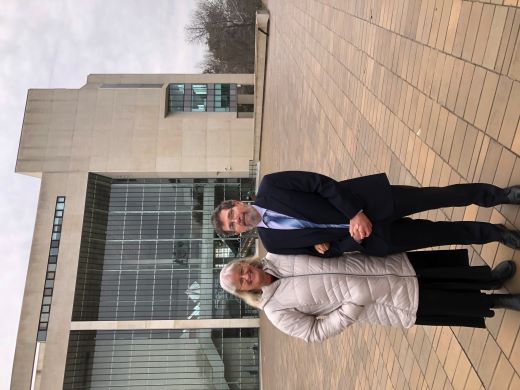 We live in a confusing time – where opinion-dominated social media and sophisticated marketing tactics overshadow seemingly outdated virtues like reason and fact.

Fear, it seems, is only ever a click or a swipe away – we literally hold it in the palms of our hands.

While most of the world is still struggling with rising death tolls from COVID and people in those countries queue dutifully for their chance to be vaccinated, in Australia many debate the merits of whether or not we should get our jab.

Red meat, once the go-to food source for almost all of a person’s vitamins and minerals (still completely healthy by the way), is now demonised in some circles by people who get their breakfast from a box.

And science, previously independent, previously peer-reviewed and replicable, once evidence-based, has fallen into the same trap.

Consider the 2017 Reef Scientific Consensus Statement, developed by a panel of 48 ‘experts’, as exhibit A.

The State Government defends this Statement as the basis for the raft of current reef regulations causing many producers from family-operated farming businesses to consider their futures.

But in the years since it was compiled it has been superseded by new, published, and peer-reviewed reef science.

Not peer-reviewed by friends and colleagues close to them, as the Consensus Statement at the time was to support the views of the gang of 48 – most of whom were dependent on Reef funding for their jobs – but reviewed by independent scientists, meaning it is actually valid.

This is why AgForce is so hellbent on getting an Office of Science Quality Assurance up and running – to validate the authenticity of ALL science, not only that related to the Reef.

When you have credible science that tells one story and an outdated Consensus Statement that tells another, how can any government justify imposing crippling regulation on farmers living in Reef catchments?

Farmers who, to use State Minister for the Environment and Great Barrier Reef Meaghan Scanlon’s own words, “… (have) moved away from using practices that pose a high risk to water quality.”

An Office of Science Quality Assurance would allow us to approach something resembling truth, as well as increase confidence for everyone that we are protecting the Reef while growing industries along the coast, supporting communities, and giving young people confidence to enter the agriculture industry to make what is in many cases a 40-year-long commitment.

No-one should fear an independent audit. If the science is good, it will be credible, it will be replicable, and it will stand up to any level of scrutiny.

Speaking of independence, it would be remiss of me not to mention Reef Scientist Dr Peter Ridd’s case that went to the High Court of Australia last week.

Dr Ridd was sacked by James Cook University in 2018 for speaking out against what he saw as colleagues’ “unreliable research”.

There have been three court applications since – including a win for Dr Ridd for being unlawfully terminated, and an appeal to that decision by JCU that was upheld.

While the outcome of this final hearing won’t be known for some months, we hope – as does everyone who values evidence-based science over the politically-motivated, funding-based kind – that the judgement comes down in Dr Ridd’s favour.