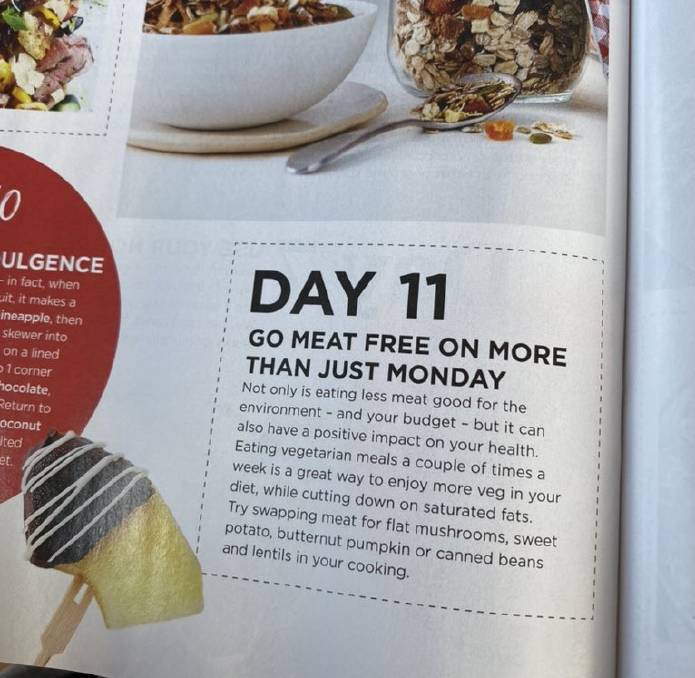 Coles has moved to assure Australia’s livestock sector of its strong and ongoing support after AgForce and a number of other industry stakeholders raised concerns regarding an article in Coles magazine.

The article consisted of a list of healthy eating tips, one of which incorrectly stated that eating less meat was good for the environment and impacted positively on a person’s health.

Coles has since met with AgForce representatives to clarify that the statement did not reflect the company’s attitude to the work being done across the livestock industry to improve sustainability outcomes, or the role that meat can play in a balanced diet, and has amended the online version of the article accordingly.

AgForce CEO Michael Guerin said he welcomed the comments from Coles and hoped the supermarket giant’s stance would set an example for others to end the unjust, unsubstantiated bashing of the red-meat industry in this country.

“Representatives we met with said they recognised the incredibly good sustainability work being done within the red meat sector and the wider agriculture industry.

“Coles has a fantastic relationship with our nation’s farmers and they obviously want that to continue for the years and decades to come, as does the industry.

“Red meat in the ways it is farmed in Australia is very sustainable, and what’s more, is an integral part of a healthy, balanced diet.

“For decades now, and with alarmingly increasing regularity, the red-meat sector and agriculture more broadly has been the target of ill-informed, incredibly sophisticated, well-trained, well-resourced, anti-farming lobby groups and social and environment activists singing from the hymn sheets of decades-old science that was cherry-picked back then and is kept alive now by sections of the medical fraternity harbouring shocking conflicts of interest.

“This misinformation is damaging the health of millions around the world and costing farming families who only want to feed the rest of us their livelihoods.

“There is no substantiated proof that saturated fats found in red meat are damaging to a person’s health. In fact, there are now dozens and dozens of long-term studies that prove the opposite – that is that saturated fat is necessary as part of a healthy diet.

“On the sustainability issue, the red meat sector is already investing heavily into being carbon neutral by 2030.

“No other sector in this country has done more than agriculture over the past few decades to fight global warming – we are the only industry that has increased productivity while at the same time reducing emissions.

“These are the facts. This is the science. The real science,” Mr Guerin said.

Queensland grazier and AgForce member Adam Coffey from Miriam Vale near Gladstone in Queensland said the red-meat industry had been caught napping somewhat by the relentless, ongoing attacks on red meat producers.

“It’s death by a thousand cuts, and by negative one-liners from people who don’t understand agriculture or have an agenda to destroy the industry,” Mr Coffey said.

“The problem is that when other people hear this or read it without doing their own research they form an incorrect view of agriculture.

“They understandably feel guilty due to health and environmental issues when they read this stuff, especially when they don’t realise it isn’t true.

“That was why so many farmers I’ve spoken to during the past days had a problem with the information printed in the Coles magazine.

“That’s why I said I thought it was a strange path for a produce retailer working with the meat industry, selling meat to consumers, to go down.

“But it’s also why I now feel a terrific sense of relief after attending the meeting with Coles.

“It’s empowering for producers to know we have their support. To know that they have acknowledged an error in publishing the comments. To hear from them that they don’t consider us the bad guys as some like to paint us as.

“On my own property we’re doing everything we can to look after our animals and protect and actually improve the land.

“We believe we can have positive environmental impacts on what we do.

“We are constantly investing in and working on reducing erosion and runoff, sequestering carbon, conserving soil moisture, and increasing bio-diversity.

“We know we’re not the bad guys. We’re all about producing good, clean, sustainable food.

“The story of agriculture is actually a very positive one if you take the time to learn about it.”